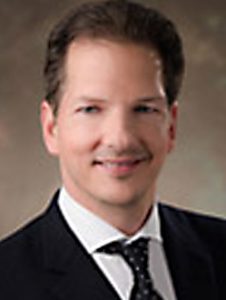 Dr. Ames is the director of spinal deformity and spine tumor surgery and co-director of the combined high risk spine service, the Neurospinal Disorders Program, and the UCSF Spine Center. He is board certified in neurosurgery. He was named to the 2015 and 2016 Top Doctors lists in San Francisco Magazine, and among America’s Top Doctors for both neurosurgery and cancer from 2010 to 2016. His tumor practice focuses on en bloc tumor resection for chordoma, chondrosarcoma, giant cell tumor, soft tissue sarcoma, sacral tumors, and other primary and metastatic tumors. While at UCSF, Dr. Ames developed and published the transpedicular approach to previously unresectable cervical and cervical thoracic tumors. Dr. Ames serves as the UCSF site director for the International Spinal Deformity Study Group and the AO Scoli-Risk Study. He also directs the neurosurgical spinal deformity service, which performs over 200 cases per year for correction of scoliosis, kyphosis, flat back, and chin-on-chest deformity in ankylosing spondylitis. His research work in spinal deformity has won the prestigious Hibbs award, as well as the Moe award, the Goldstein award, and Whitecloud awards from the Scoliosis Research Society. Dr Ames developed and published the first ever classification for cervical spine deformity and cervical osteotomy with the international spine study group.