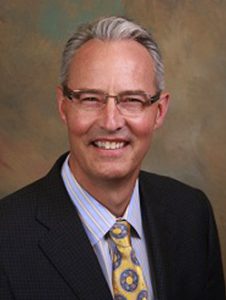 Dr. Peter Newton is chief of the division of Orthopedics & Scoliosis at Rady Children’s Hospital-San Diego and a clinical professor at UC San Diego School of Medicine. After earning his degree in bioengineering, Dr. Newton attended the University of Texas, Southwestern Medical School. He completed his residency at UC San Diego, followed by a fellowship in pediatric orthopedics and scoliosis at the Texas Scottish Rite Hospital in Dallas. Dr. Newton primarily treats scoliosis and other spinal conditions, such as vertebral fractures. On the research side, he has been involved in more than 140 studies; among his areas of focus are spine surgery, scoliosis without spinal fusion, and orthopedic biomechanics. He has also authored numerous books and book chapters. His professional affiliations include membership in numerous pediatric orthopedic organizations, including the American Academy of Orthopaedic Surgeons, Scoliosis Research Society and the Pediatric Orthopaedic Society of North America, where he was a former president.